I went to another adoption event yesterday. My foster Fern was adopted, and I took home two 6 month old kittens in exchange: Tinker and Bell.

Although they were brought to PetSmart, it was obvious that they weren’t ready yet. Tinker sat in her litter box, and Bell made herself invisible underneath a towel. It was decided that they wouldn’t go for adoption, and instead were there for observation, to see how they act in the environment.

They’re from a feral colony, so they need socialization work before they’ll really be ready for adoption. At home, we’re affectionately referring to them as Stinker and Plop. Right now, Stinker only hides occasionally. At first, she’d purr whenever you began petting her, and she’s getting to the point where she’ll purr just at seeing you. The true victory will be when she actively approaches us to be pet and purr.

Plop, on the other hand, requires much more work than her sister. Originally, she hissed anytime you picked her up or reached to pet her. This isn’t a malicious I’m going to kill you hiss. It’s very obviously an empty threat done out of fear. 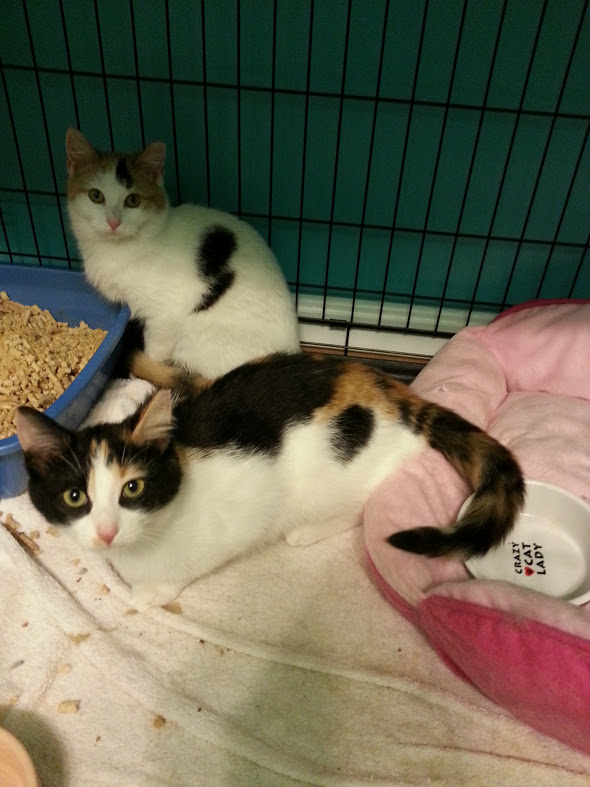 So why take two difficult cats in to foster? On a personal level, I’m reminded of my Bitey Boo, who is also semi-feral. It’s also out of concern that these two might be difficult to adopt. Stinker might do well on her own, but Plop has to go with her sister. As I’ve previously mentioned, people tend to want cuddly outwardly affectionate cats from the get go. This makes adoption unfair for cats who are shy, and nearly impossible for cats who are scared.

My hope is that with constant socialization work between those of us in my household, we can begin bringing the cats out of their shells. Stinker is already showing signs of progress, and it’s early to tell for Plop. But let’s all keep our fingers crossed.

Recommended: Ways to Help a Semi-Feral Adjust to a New Home