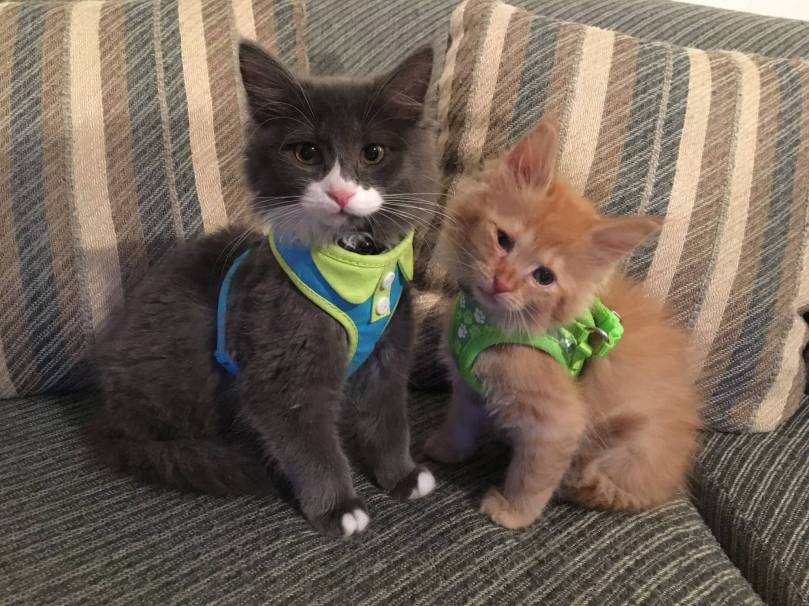 Personality: These are my precious little babies. Even though they’re not really siblings, they love each other. Before we’d officially adopted Manny, Clue would sulk and miss him whenever he had to return to the shelter for meds, etc. Both are affectionate. Clue is the one who loves to be held, while Manny will curl up on your chest or lap and sprawl onto his back. Manny is our little chirp chirp boy. Despite Manny being 2 months younger than Clue, he is catching up to Clue in size, and we’re certain that he’s going to outgrow Clue.

Background: Clue, formerly Stewart, was found kicked out of the litter by her mom. Her family was found in a landfill, and although she was later reunited with her sisters, I decided I wanted to keep her following the passing of Patches. Following our decision to keep her, a litter of four long haired boys came into our care, one of them a small orange kitten that Dwight determined would be Clue’s little brother buddy. Mancala, or Manny for short, was adopted from Animal Welfare League of Alexandria in December 2016. Clue is technically my cat, and Manny is my husband’s, but together they are a wonderful pair that I’m smitten with.

I was in for a surprise when Clue aka Stewart went for his neuter and actually got spayed! Upon hearing this, I went back to this page and changed all the pronouns, haha. 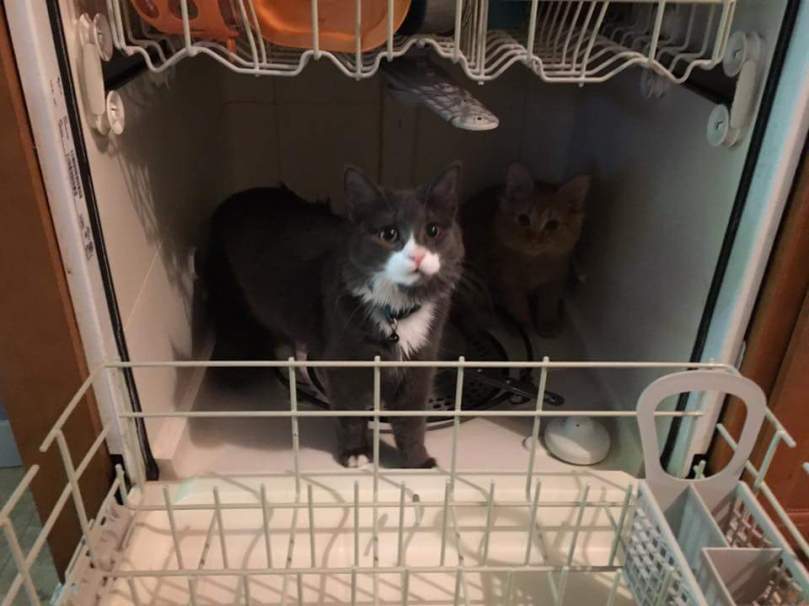