The last litter of foster kittens I had were Daja, Sandry, Tris, and Briar. I feel bad that I didn’t follow up on them due to the pregnancy, so I thought I’d do a quick update. 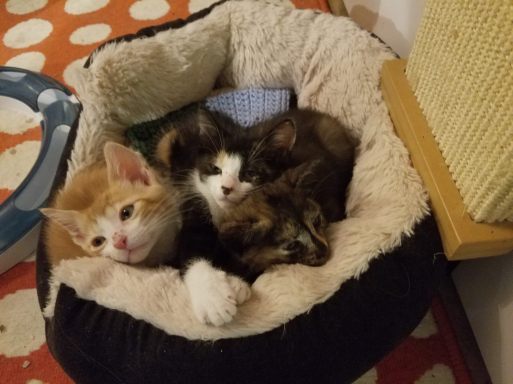 All of the kitties were extremely affectionate loveable kittens. Daja was the first kitty to be adopted. She went to a home on her own. As a people pleaser, she was going to be a great companion. Another family came to visit Tris or Sandry, but decided to adopt them both together! Sandry was the most pensive of the group. Briar was adopted on his own. He was such a social kitty when it came to other kitties. It took a little awhile longer, but even Mama Frost was adopted.