Another assignment for class was to create a visual precis.

This graphic should be a summary of our projects. When I initially started this assignment, I felt that the overall theme of my problem was how to effectively share news via photos. Part of that efficacy is not only the photo itself, but the commentary that accompanies it. It can be hard sometimes to adopt out a cat that, while we know is a wonderful cat, may not show as well to potential adopters. I’ve mentioned this several times with Sarah, Tinsel, and Tinker and Bell.

So, I had Visual Precis part one. I used Sarah as my reference kitty, because I’ve known her her whole life, all 9 months of it. The tidbits that I included in my precis are all true. They don’t exactly conflict with each other, and they’re all true, but they can affect how a potential volunteer or adopter may feel about interacting with that organization. 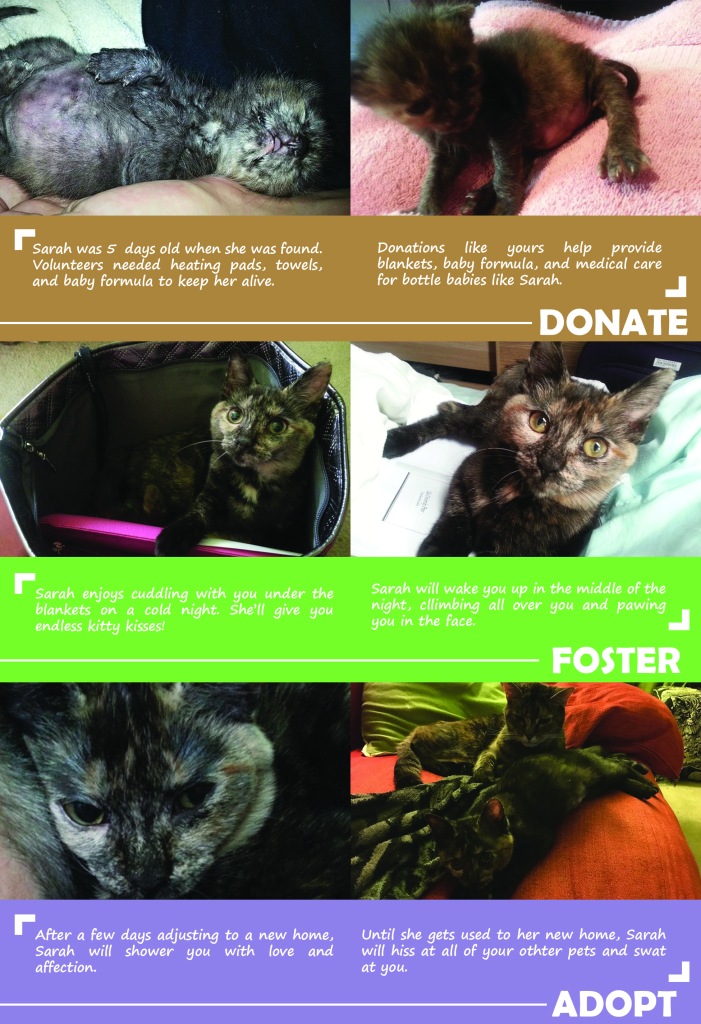 I know the assignment is to be a visual representation, yet I felt that I couldn’t not include text. That might actually be a point of the exercise; we’re very reliant on text to tell a story as a society. However, my point is that how we communicate a message with word choice is important.

As I’ve been doing this project, I think my focus has changed. I’d been very concerned about followers of social media, and what they’d want to see to stimulate them to act. Now, I feel that I have to think instead about the various members of rescue, and how they should adopt technology.