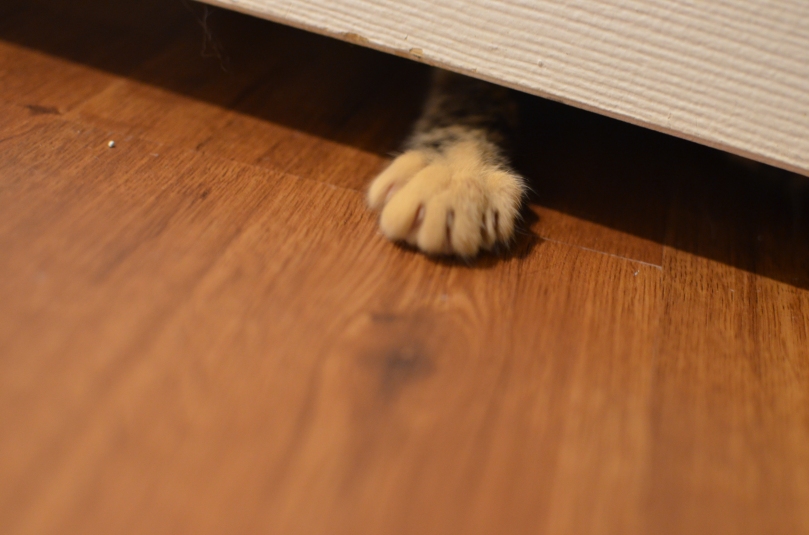 Kittens are very prone to Upper Respiratory Infections. After 8 hours in the car from Halifax to Northern VA, getting spayed the very next day, going to a new environment for foster care, it was inevitable that the stress would make some of the kittens sick. Three of the kittens went to the vet earlier this week for antibiotics and eye drops. 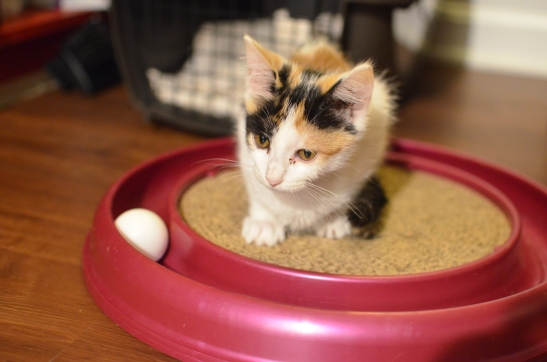 The two that were particularly bad were my two calicos, Martini and Mimosa. Mimosa had eye discharge and a stuffy nose that had to be cleaned regularly. Sometimes she wouldn’t eat unless her nose was cleaned, presumably because she couldn’t smell the bowl in front of her. Martini wasn’t eating, and required IV fluids once a day to make sure she stayed hydrated. If you want to check whether or not a cat is hydrated, pinch their skin. The skin should bounce back to it’s normal state immediately. If you find that the skin is slowly sinking back, then it’s a sign of dehydration. 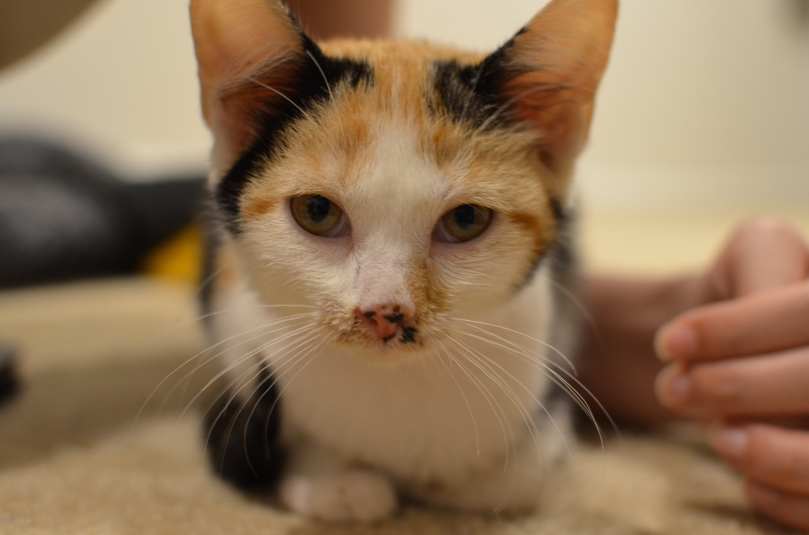 The vet recommended that the calicos be isolated from my other kittens, so for the current time, they’re in the care of another foster home. But my house is still full of cats; I have Manhattan, Mai Tai, Mojito, and Cassie. 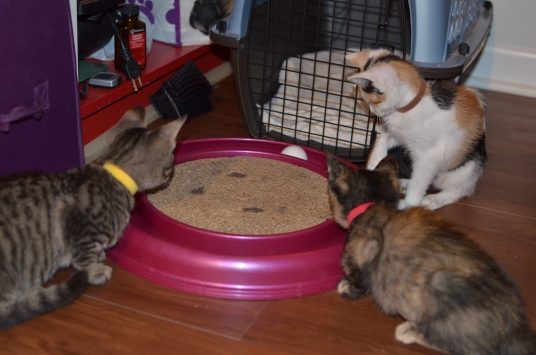 Cassie may have once been afraid of the bigger kittens, but now she loves playing with them. Despite her size, she instigates many of the kitten play fights they have. While she didn’t eat much in the beginning, she is first to the kitchen to demand food. It’s adorable to see a little baby growling at the bigger kittens when they’re sniffing around her food bowl. 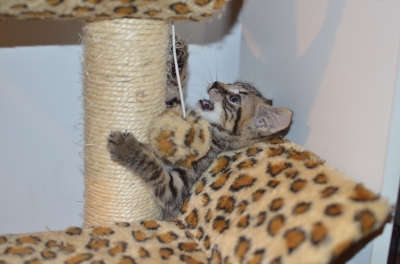 They all sleep together, primarily on top of my husband.

Because my husband works from home, I notice they’re a little more attached to him than they are to me. Jealous? A little bit.

We rescheduled our adoption event from this Saturday to next Saturday, August 27th at Potomac Yards PetSmart in Arlington. We wanted our babies to have time to recover from their URI. In the meantime, they’re having a blast in my home and I’m having a blast having them.