I met with another fellow foster colleague, and learned about her foster fail pets and current foster pet.

R has three cats, her brother’s Jack Russell, and a Maine Coon foster. Her youngest two cats are Truffles and Taffy (TnT for short). TnT are also foster fails; realizing how affectionate TnT were, and one of the girls’ penchant for a messy litter box time, they decided to keep them.

Her current foster is a shy cat named Tinsel. She said that when Tinsel first arrived, it took days for her to come out. When I came to visit, Tinsel didn’t want to leave her carrier.

It’s sad when a foster parent knows how playful and sweet their foster pet is, but have no way to prove it. Experienced adopters will often understand that shy cats might require patience before reaping the rewards of adoption, but some potential adopters immediately want a playful outgoing pet. You can’t blame an adopter for wanting to instantly bond with their animal companion, but it does make it more difficult to adopt shy cats.

Additionally, Tinsel was adopted as a kitten, but returned at 2 years old for litter box issues. My friend hasn’t witnessed any litter box issues since having her in her home, but there can be so many reasons why a cat might not use a litter box correctly. Nonetheless, it might turn away future adopters to know that she’d had litter box issues in the past, even if they haven’t manifested at all since being in foster care. As fosters, we can’t lie about our cat’s history, but it’s hard to make potential adopters ignore that tidbit. It’s like a mark that will follow Tinsel on her permanent record. 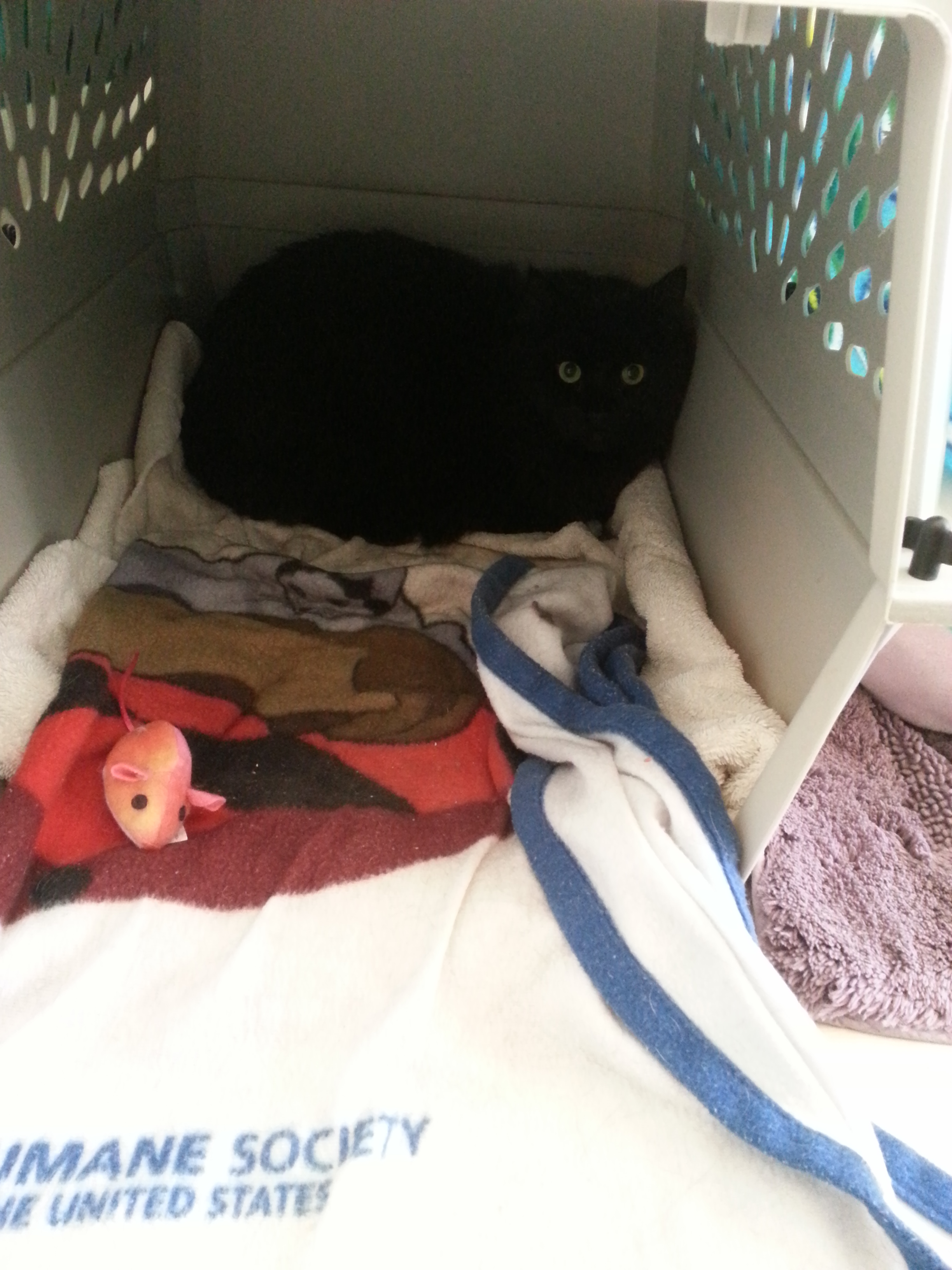