Again, I apologize for being behind on writing, but I do have one announcement:

Clue went for neuter on January 27….and ended up being spayed!

Yes, you heard me: Clue is a girl. I didn’t even notice until the next day, when I saw that her stomach had been spayed. I thought: why did they do that? Then I saw a very clean spay scar on her belly. I called the vet to confirm and sure enough…

At the office, she was still under the name Stewart. When the vet technician giving me post operation procedures kept referring to her as she, I thought it was weird, but I figured they see so many pets a day that maybe it’s hard to keep genders straight, even with a new like Stewart.

Believe it or not, this isn’t that uncommon. When kittens are young, males can have undescended testicles. Being that Clue was born the runt, it wasn’t out of the ordinary for us to think she was a boy. Plus, her floofy nature made it hard to see any parts back there.

About a week after her surgery, her stitches popped open, freaking me out. Clue begs to be held, but when I held her, she’d growl and yelp. A re-visit to the vet revealed that she’d been licking her stitches. Clue earned herself the cone of shame for a week to prevent her from further licking them, and allowing them to heal. 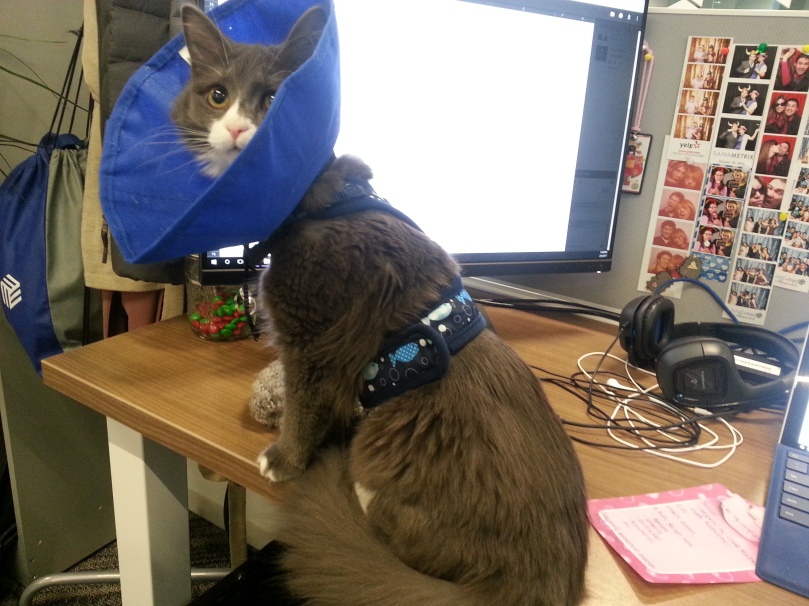 Since then, she has recovered wonderfully.

Nothing about her has changed for me; I mean, occasionally I mess up pronouns, but that’s it. I haven’t bothered changing her harness or clothing to “girly” things, so she’s still got blue and bowties (hey, blue goes great with her grey coloring). She doesn’t care what colors she wears, and I’m not going to buy things just because gender norms say so (also it costs me money). 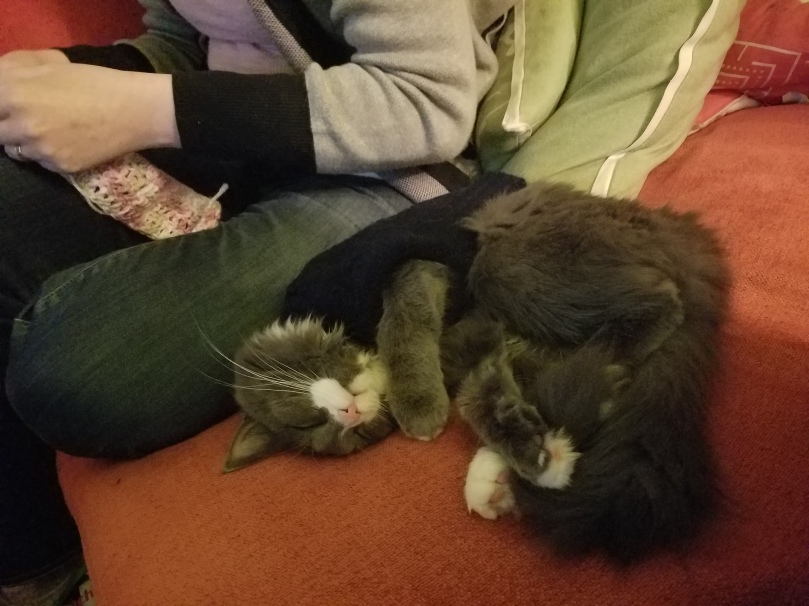