I did an earlier blog post about the pros and cons of pet insurance, and at the time I don’t think I’d considered that I’d have to be shopping for some policies of my own anytime soon. However  now that I have Clue and Manny, it was time to go hunting again after 7 years.

Since officially adopting them, Manny has been to the vet twice for upper respiratory infections. Clue had yeast in her ears, and went to the vet two weeks ago for scratching her left ear until it bled due to irritation. Poor kitty had to sport the cone of shame yet again, so soon after her spay. 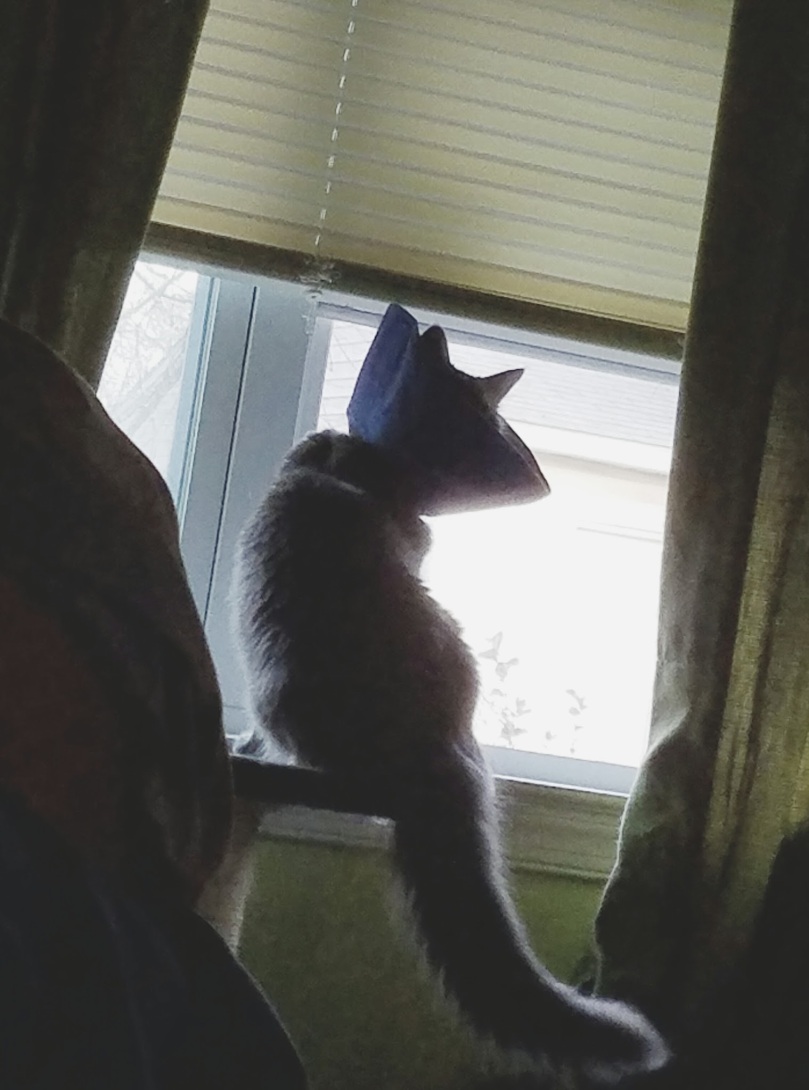 Anyway, taking my own advice, I did my research: I created an excel spreadsheet (nerdy I know, but my full time job is as an analyst, so it’s second nature) with the different companies, their quote for each cat, annual benefit max, deductible, and copay.

One thing to keep in mind: some places will do a straight annual benefit, deductible, copay directly applied to your invoice. Other insurance companies will use math-magic to come up with benefit maximums according to what condition was being treated. It’s up to you which method you prefer; I personally don’t like that I can’t automatically calculate what the insurance company will reimburse me for, or that some actuary somewhere has determined that the cost of my cat’s leg/tail is only worth x amount of dollars.

Odd observation: Clue and Manny are only 2 months apart, and the only significant differences between the two are that they’re male/female, and Domestic Medium Hair/Domestic Long Hair. 2 of the insurance companies gave Manny a slightly higher quote than Clue. I guess in the data science world, previous data has shown that male DLH have slightly higher medical costs than female DMH..?

Very frustratingly, despite the annoyance my husband and I had against our original insurance provider, PetPlan, they were still the best deal for what my husband and I wanted out of a policy. Boo.

I don’t deny that I’m now paying a lot per month for 5 cats when (thankfully) most of them haven’t had to use the insurance. Bitey has actually never been sick since we’ve had her, thankfully. In the end though, I personally prefer that in the event my cats are in bad health and the vet presents me with several costly options, that I don’t have to worry about paying the bill.

Update: Thanks to a friend/reader who also brought up Healthy Paws! I may even consider picking this option instead: