Apologies for being so bad with updates… I’ve yet to mention our baby boy Mancala.

Manny and his three brothers came to us around October. They were about 4 weeks old, still bottlefeeding. Despite only being 4 weeks old, they were pretty big boys, and already very fuzzy; it was two orange and two black, so we nicknamed them the Halloween Kittens.

My husband immediately declared the biggest orange cat to be his. From the very beginning of taking care of this litter, he would spend special attention to this cat, which for the time being he just nicknamed “Mine.” His actual name was Marcus, FYI. 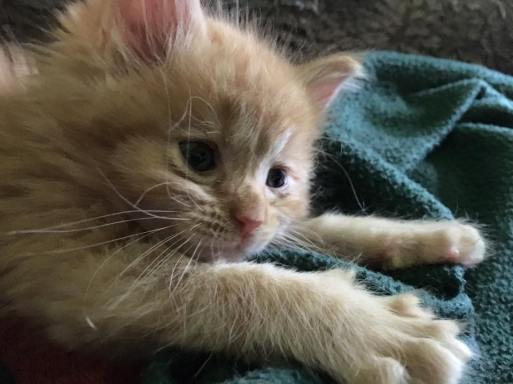 Dwight has always wanted an orange long haired cat. After the loss of Patches and the addition of Clue, it was decided that Clue should really have a friend. We let the shelter know that we intended to foster and adopt him. 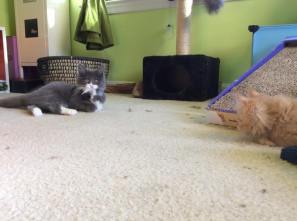 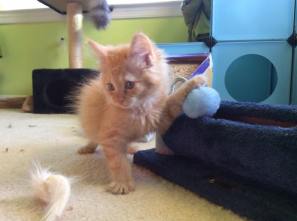 It was a great decision, because not only is Mancala aka Manny a wonderful boy, but Clue absolutely loves his younger brother. Whenever Manny would have to go back to the shelter for a vet visit, etc, Clue would mope in the house all lonely.

The two of them have begun leash training together. Clue has a month longer in training than Manny, but they’ve both become really great at traveling in the car. 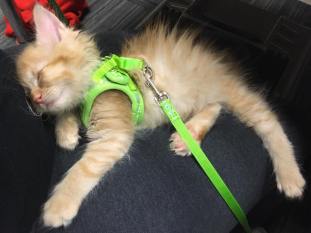 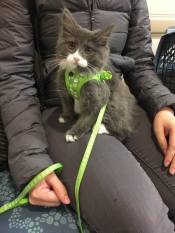 We officially adopted Manny December 15, 2016. He had finished neuter, so we drove to the shelter and filled out the paperwork/payment just like any other applicant would. Even though we’d fostered him through the shelter, we still felt antsy about them keeping their promise to let us adopt him until the official paperwork could be completed. It feels like a breath of fresh air to finally say that Manny is ours.

As with all new adoptions, we were required to take Manny for a physical exam following adoption. He’d already visited our office when we’ve brought other cats for checkups, but this past week was his first official visit to our vet. 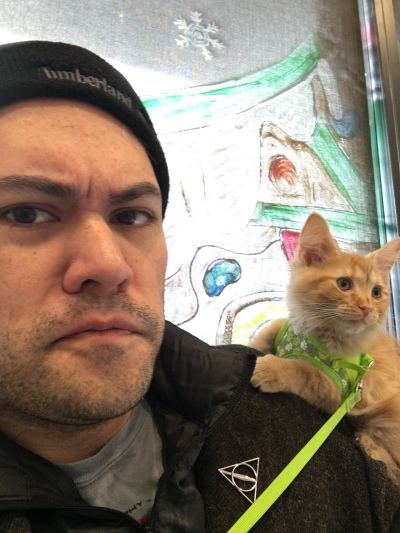