As I’ve mentioned before, upper respiratory infections are very common in kittens. They can quickly spread through litters, and thus it’s not uncommon to see entire shelter breakouts. Most adults who get a URI can fight it with some good ol’ L-Lysine, but often times kittens will need antibiotics to give them an extra fighting chance.

While we had Manny and his brothers, they kept giving each other URIs. One would get sick, they would get started on antibiotics, and next thing, another one would have it and need antibiotics as well. We were dishing out medicine during meal time like nobody’s business.

Although antibiotics are certainly helpful, just like with humans, you really don’t want to over-prescribe them. I’m not a vet, but I personally felt the shelter we fostered Manny through might have given too many doxycycline regiments to the cats. They were on it every time one of them broke into boogers, maybe 3-4 times in the 3ish months we had them. Each prescribed course lasted 7 days or less. If you’ve taken antibiotics yourself, you know that you need to finish an entire course of antibiotics, even if you’re already better, because otherwise that bacteria could become resistant and return with a vengeance. This happened when Patches had several UTI’s; eventually she built a resistance to clavamox and convenia.

I think this might have happened in Manny’s case. After we brought him home, he’d still have occasional sneezing. Since then though, he transformed into a sad little booger boy. His nose would drip while he slept in a ball, consequently leaving boogers in his tail fur

Our couch throws got covered in kitten snot.

After a few weeks of wiping his poor little nose, we finally took him to our vet. 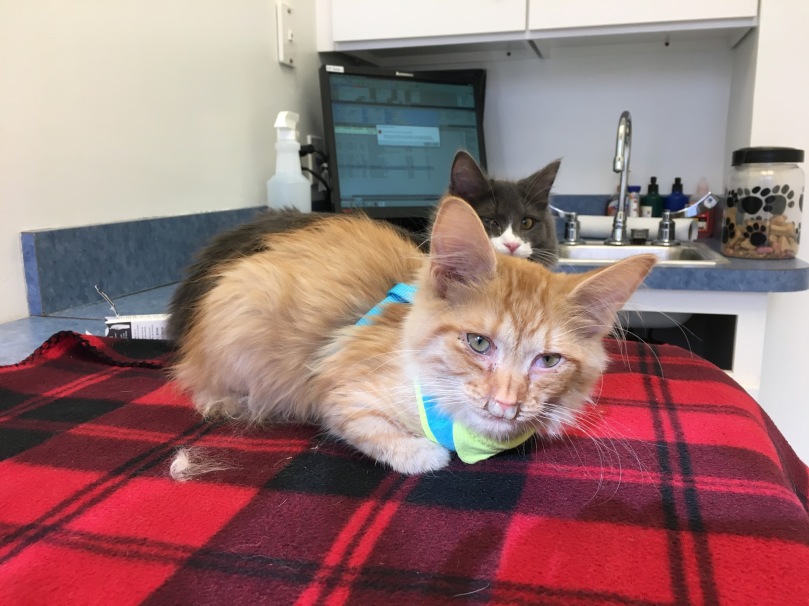 We were weary of antibiotics, but figured trying a different one, like clavamox, may provide better results rather than yet another course of doxy. In my own experience, an antibiotic course for a kitten URI should be 10-14 days, rather than only 7. Our vet was in agreement.

He also suggested two other things that my husband and I hadn’t heard about before: pipettes to clear Manny’s nose passage, and a product called Little Remedies designed for human babies, but work on kittens as well. The vet showed us how to suction some of the snot out of Manny’s nose (he had quite a bit of it, as you can see from that photo). His poor little nose was getting so clogged that he couldn’t smell his food. He would excitedly run to his food bowl, but then not eat.

As you can see, Clue accompanied his brother to the vet for moral support (also because the staff just love visiting the both of them).

Manny has been on his clavamox for a day, and he’s already doing so much better. The scary power of antibiotics. He’ll still sneeze 5-6 times in succession, but his nasal passages are much clearer. 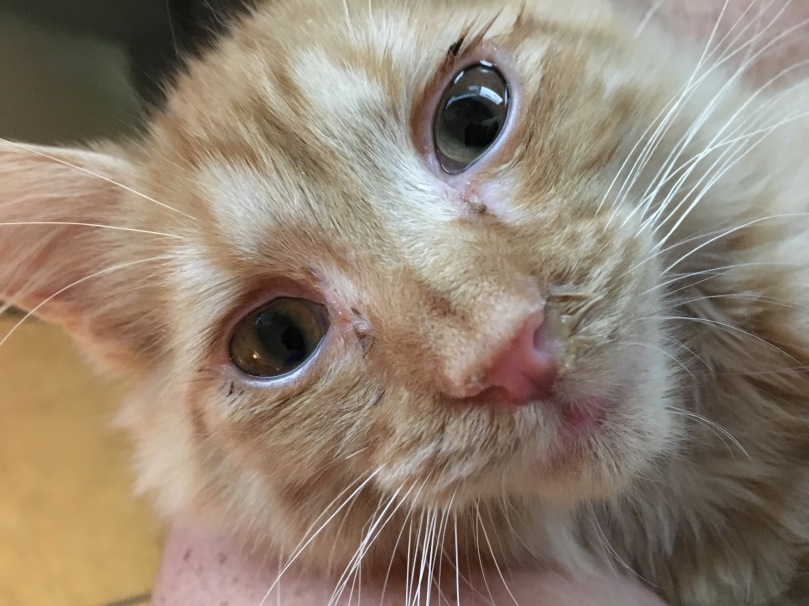